FROM THIS DAY, THE KIND OF FAVOUR YOU WILL WALK IN IS THE KIND YOU’VE NEVER, NEVER EXPERIENCED BEFORE IN THE NAME OF JESUS! -Pastor Matthew Ashimolowo at Morning Glow, KICC on ‘DIVINE FAVOUR’ 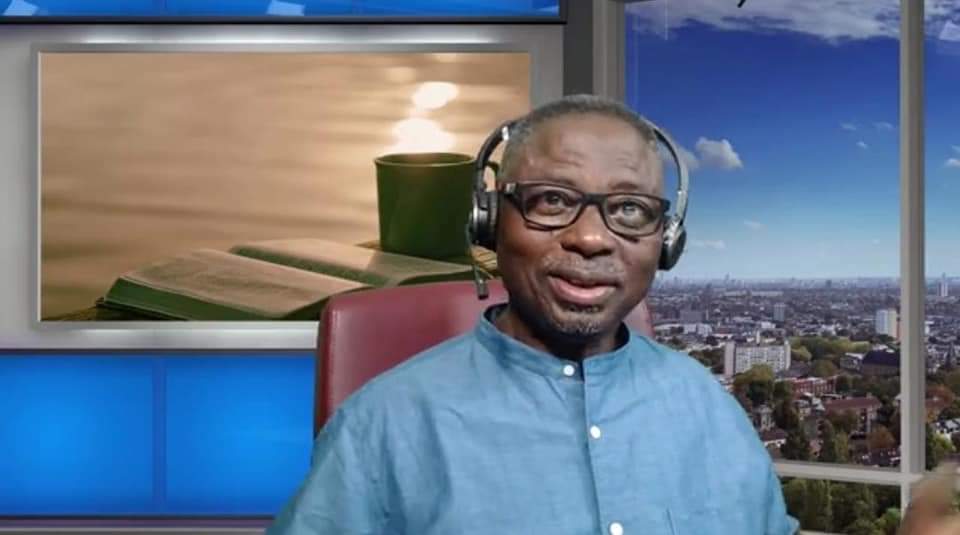 Praise the Lord!
This is the day the Lord has made, we will rejoice and be glad in it.

Heavenly Father we give You glory, we give You praise. It’s going to be a great day, a great time and a great Morning Glow. We bless Your name. Church Gist.This is the day You have made, we will rejoice and be glad in it. We thank You. Your people are ready and You are ready to bless us, touch us, heal, deliver, set free, impact Your people today.

Lord open the Heavens. Let somebody truly, truly, truly have an experience in the Holy Ghost with You today in Jesus name.
Amen!

Wherever you are around the world and you are joining us, welcome. We celebrate you, we appreciate you, we thank God for you and we believe you will be blessed.

Praise the Lord for you. Wherever you have joined from, may the Lord bless you, may the Lord richly impact your life. May you experience grace upon grace, favour upon favour, blessing upon blessing. May this day truly, truly be an unusual day for you. A Friday of glory, a Friday of power, a Friday of deliverance, a Friday of a turnaround in Jesus name.

This morning we want to trust the Lord and believe the Lord that in this season that we’ve been prophesying increase, you’re gonna increase specifically today in the favour of God.

The benefits of walking in favour. When you walk in favour, what are the benefits? Church Gist. When we say that you are going to increase in favour, we are prophesying that you will enjoy the blessing of the Lord.

WHAT ARE THE BENEFITS OF WALKING IN THE FAVOUR OF GOD?

Supernatural increase and promotion comes when you have the favour of God. Glory to God in the name of Jesus!

In Genesis Chapter 39 verse 1; it says that Joseph had favour. He walked in the unbelievable, unusual favour and I believe God that that will be your portion too. Church Gist. Listen, Joseph was brought down to Egypt as a slave and Potiphar, an officer of Pharaoh, captain of the guards, an Egyptian bought him in the hands of the Ishmaelites and the Lord was with Joseph and he was a prosperous man and he was in the house of his master, the Egyptian and his master saw that the Lord was with him and that the Lord made all that he do to prosper in his hand.

Listen, this is your portion as a child of God. Do not go into a day like what am I expecting today? I hope there will be no trouble today. Don’t, please learn not to walk in that way. As a man thinks, so is he. Also as a man talks, Proverbs 18:21, the power of life and death is in the tongue. So today is going to be a day of increase and promotion because of favour.

They brought him as a slave, the man says that this boy is not the same like the other slaves, he carry something; anywhere he entered, he prospered. I said it yesterday by revelation that there are people who carry certain things, Daniel carry a fasting grace, he loves to fast. So anywhere he enter, people just found that they are fasting without knowing that they are fasting. Daniel 1:8, he was fasting. Church Gist. Daniel later he was doing a fasting upon pleasant bread. So when he entered the lion’s den, the lions had no choice but to fast also. Praise God!

Joseph carries grace of a dreamer so anywhere he enters, people started dreaming. So this day you are going to walk into the favour of God in a level that you cannot imagine in the mighty name of Jesus.

It is happening in the natural in some places. I was reading a news about the country of Ghana, in the middle of this Corona virus, they had almost below inflation, how can you not have inflation? When everything shut down but not Ghana. Wow it’s like almost zero or 1% inflation. Western world are struggling, one nation, or wow if it can happen to a nation, how much more you blood-washed, blood-sanctified?

Haman was a gatekeeper, favour was on him. The thing shifted, the death shifted to Haman, the estate shifted to Mordecai. Favour that produces honour in the midst of the adversaries. Exodus 11:3, and the Lord gave the people favour in the sight of the Egyptians. Moreover the man Moses was very great in the land of Egypt in the sight of Pharaoh’s servants and in the sight of the people; in the sight of their adversaries. Church Gist. I am sure you’ve been in a place where you can tell these people have prejudice against me, they hate me, they don’t like me, they are behaving like they are tolerating me but then imagine for things to just turnaround and these same persons are practically cleaning your boots, washing your clothes and running your errands and giving you everything they have and there is a power behind it that they could not resist. They power says; hand over your goods, they hand it over. I also believe Egypt had seen the hand of Jehovah and they knew what was going on. They knew their Pharaoh was stubborn, so they knew whatever we going through, it is because of the God of this Jewish people.

When my mother would bless, she will bless you and say just like the palm frond grows in the midst of thorns, may you grow and carry your glory and beauty and blessing to the end. Church Gist. The palm frond, when it is in infants, it is surrounded by thorns but they don’t tear it, it grows to its full, it comes out glorious, it comes out beautiful, it comes out strong.

Some of them, I believe this strongly, some of them you may not know now but they had your name on it before you were born. I have a building in the city of Lagos Nigeria, when I stand in the top of it, it’s a seven floor building and I look straight right, I see KICC dome and I look straight in front, I see a land where I bought and built a house where we had a home for 14 years, they are just keep wondering how comes he sow straight? There is a place with your name on it and they were all bought different times. KICC bought their own first, I bought this place where they sell flour maybe almost ten years later and then the one in front and another ten years later and nobody, oh glory to God, there is a land with your name on it. It is coming into your family’s hand because real estate is the only real estate that is real.

Bishop David Abioye Everything in life is limited to money because money answereth all things.Gospel can not spread without...
Read more
Events

HE THAT EATS WITH THE WISE SHALL BE WISE😂

Find a mentor and a friend. Go out together. Relax, refresh and refire. Walk with the wise and...
Read more

OUR INCREASE IS OFTEN TIMES LIMITED BY OUR OWN CAPACITY TO RECEIVE, TO SEE AND TO UNDERSTAND THE PERSPECTIVES OF GOD! -Pastor Matthew Ashimolowo...

Praise the Lord!This is the day the Lord has made, we will rejoice and be glad in it....
Read more
Events

THIS SEASON OF REVIVAL WILL CAUSE THE GIANT IN YOU TO SPRING FORTH*Take Advantage REVIVAL SEASONS ARE GIANT...
Read more
- Advertisement -