MOSES BEGAN AT 80. YOU ARE AS YOUNG AS YOUR DEDICATION, VISION AND LOVE FOR GOD! 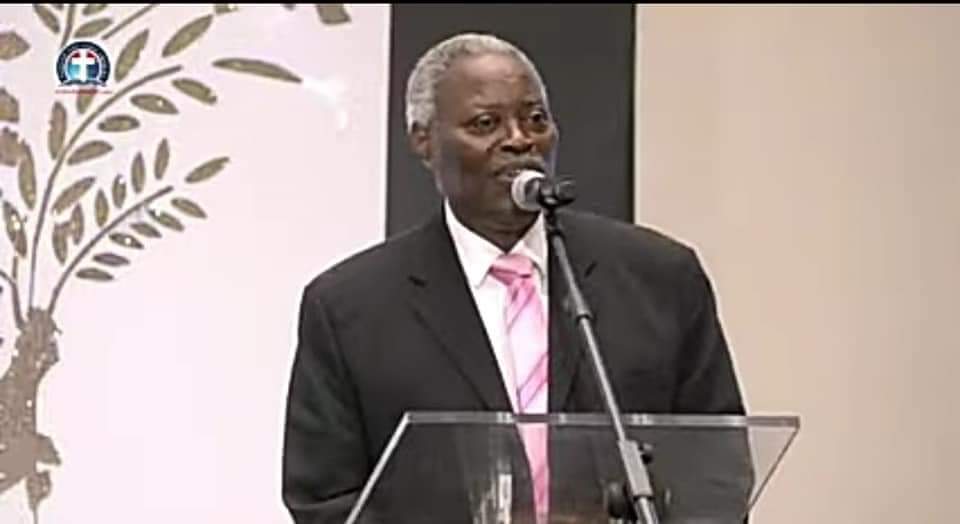 I WANT TO RAISE THOSE WHO WILL GO BEYOND ME!

-SPECIAL REMARK BY PASTOR W F KUMUYI AT THE BOOK LAUNCH OF: KUMUYI, THE DEFENDER OF THE FAITH

Thank you very much the Vice President of Nigeria, His Excellency, Prof Yemi Osinbajo, our own Governor in Lagos State, His Excellency, Babajide Sanwo-Olu, the Governors and their representatives, eminent people who are here, the ministers of the gospel, I appreciate our coming together and the Lord bless you all in this occasion in Jesus’ name.

We are here today because we are presenting the Book, KUMUYI, THE DEFENDER OF THE FAITH to the public, the nation and the world.

As you have heard, I didn’t know about the writing and publication of the book originally, but the authors and contributors approached and told me that this was being done, and I sat back and thought about it and said it’s alright, we can go ahead.

Actually, I never knew that the words The Defender of the Faith were part of my name and calling. We were in Singapore for a conference with attendees from different parts of the world, and my humble self was required to give series of messages.

After I finished the series, one of the ministers came and asked me if I knew the meaning of my name, William. I responded that I never thought about it.

Actually, when I was a young Anglican and I was to be christened, my father asked me what christian name I would love to bear. I said I would love to bear the name Johnson. There was a Johnson in our community who was very vocal, fervent, bold and courageous and I have learnt to appreciate him.

It was agreed that I would be Johnson. And then we got to the church and the ceremony was being preformed and the minister said “he shall be called William”. I wondered why I had to bear that name.

It wasn’t many years later after I got converted in 1964 and I became a Preacher, traveling Teacher and Evangelist that we got to this meeting in Singapore that this minister who had studied the meanings of names and for one reason or the other had checked the root and etymology of my name.

He told me, your name means THE DEFENDER OF THE FAITH and that what I’ve done there in Singapore was prophetic and he prayed along with me. Since that time I’ve been more conscious of the fact that God called me.

I said “called me” because I had the knowledge and understanding of who God is from 1952, I was born in 1941. At age 11, I asked God for a solution, and told Him if it is going to be this way, let this happen, and if it is going to be that way, let that happen. What I told the Lord happened and since then in 1952, I’ve been very conscious of God with me and leading me.

Then in 1964, I heard the gospel in a very simple way that God loves humanity, and everyone regardless of their status, background and religion because the scripture says, For God loves the world, that He gave His only begotten Son, that whosoever believes in Him should not perish but have everlasting life.

Before that time, all I was doing was trying to live a good and righteous life, an upright life above board and reproach, but it dawned on me that day that I could not save myself, I could not pull up myself by the bootstraps.

So on that day, the 5th of April, I said Lord, You have sent our Lord Jesus Christ not only to save humanity but to save me. So I gave my life over to the Lord Jesus. I had a real transformation and it was clear to everyone who knew me in my alma mater, Mayflower School under Tai Solarin at that time, that a change really came and the school knew about it.

Eventually, I moved forward, reading books and someone, Reverend Mellor of Methodist Church handed over to me the writings of John Wesley and I began to read and read and I consecrated myself because I saw how John Wesley went all over England and Europe, defending the faith, even though I didn’t know the meaning of my name William then.

I told God, if you could use a man this way at that time, then You can use me. I came across just one sentence that turned everything around.

John Wesley said:
“Give me an 100 men that fear nothing but sin and love none but God, and we will turn the world upside down”.

I thought about that. Could you be like John Wesley? After that I came across Charles G. Finney’s books, and I was asked if I could be like him? I answered the call because I knew that it was not of them, but of God.

I said Lord, to face and address the challenge John Wesley mentioned, give me an 100 men that love none but God and fear nothing but sin and we will turn the world upside down.

So, I took up the challenge and we started the ministry in 1953 August 3rd, we were 15 people. From there we moved on to what we have now.

As I began to see that we can be transformed and be what God wants us to be, He gave us the Lord Jesus, not only to be Saviour but as a pattern and example for us to follow, I used to say I want to be like John Wesley, but later, I wanted to be like Jesus who is Master, Saviour, Preacher, Teacher, Evangelist and everything.

By the grace of God, I moved from being a teacher to an evangelist, to being a pastor and a little bit of the life of an apostle and miracles began to take place: eyes being opened and the lame rising up and walking. And on a few occasions we saw the dead being brought back to life.

And now with the media that came in, we found that Jesus Christ said anyone who believes in Him will do the works He did and greater works than that because He goes to the Father.

A centurion came to Jesus to ask for healing for his servant who was sick of the palsy, and he told Jesus not to come to his house but to speak the word only and his servant would be healed. Ministers who are here know that healing can come through various ways: by laying on of hands, by anointing with oil, by two of us agreeing together and the Lord will grant whatever we ask.

There is also the ministry of “speaking the word only” and my servant shall be healed. This aspect has the Lord now capitalized on in my ministry. Now we are having what we call the Global Crusade through which we connect to people from all over the world and cancer and other diseases have been healed, just by praying from here in Nigeria.

We also saw the case of an entire family that was infected with covid 19 pandemic and by praying for them online and the following day, they went for tests and were totally cured.

We’ve seen HIV AIDS, cancer, and lots of sicknesses healed, yet, my prayer this morning is that I want to be like Jesus, and I want to throw it to you today, because God is no Respecter of persons. John Wesley said, Give me an 100 men who fear nothing but sin and love none but God and we can turn the world upside down.

Here we are, we are more than one hundred, if you can make up your minds on getting back home because you may not be able to do it fully here, you will tell the Lord, I want to be with all my heart and soul like JESUS and the Lord will make it to happen.

I have had experiences in teaching in the secular world complex Mathematics variables, there are many of my students who have gone beyond me. Sometimes I meet past students who are now Professors, Engineers, Doctors who know what I don’t know.

I want to do this in Christianity to raise people who will go beyond me. We can even start here, that you can say, Lord, whatever you have done by, through and with this man, do it through me.

A man or a woman, surrendering yourself to the Lord Jesus Christ, saying, Lord, here am I, I am available. I love none but You and hate nothing but sin, use me the way You want and the Lord will do it.

Then we can go beyond John Wesley and say, Give me a thousand people, a million people that love God with all their hearts and souls and we can turn the world upside down. We can do it!

Someone was interviewing me three weeks ago from London because he wanted to take part in our crusade. He said, “You are now 80, what do you still have that you have not done?”

I told him 80 is just a number. Tossing that aside, you are as young as your dedication, vision and love for God. If you can dedicate your life to God and say you want to make impact and touch lives before you leave the world stage, the Lord will answer your prayers.

Moses started at 80 and I’m just starting at 80 and who knows how far we can still go? You and I teaming together, knowing fully well that the world needs us, our people and this generation needs us, we can.

Don’t just read this book KUMUYI just to appreciate, read to embrace, as we have said, God is no Respecter of persons, if you can say it, God who did this through this man can do more through you.

May the Lord confirm this in our lives in Jesus name. Amen.

Thank you and God bless you.

Me: Seest thou a man diligent in his business (ministry)? He shall stand before kings; he shall not stand before mean men (Proverbs 22:29)

To me, this is the conclusion of all that happened today at the Book Launch.

May God continue to lift His servant as he also continues to serve and lift His name up on the global stage. Amen and Amen! 🙏🙏

THE BRIDGE BETWEEN PROPHECY AND EXPERIENCE IS LIGHT AND UNDERSTANDING. ANY DIMENSION OF SPIRITUAL TRUTHS...
Read more
Events

TAKE RESPONSIBILITY FOR BUILDING YOUR FAITH, FAITH DOES NOT GROW BY WISHING. IT GROWS BY EXCERCISNG YOURSELF IN THE WORD OF GOD.

UNTIL YOU ARE FEEDING FAT FROM THE WORD, YOU WILL NEVER BE STRONG IN FAITH. IF YOU ARE...
Read more
Events

ANY FAITH THAT HOLDS GOD ABSOLUTELY RESPONSIBLE IS AN IRRESPONSIBLE FAITH.

THE QUALITY OF OUR LIVES IS A FUNCTION OF OUR FAITH. SO THE EARLIER WE TAKE RESPONSIBILITY TO...
Read more

YOU HAVE A SHARE!Few years ago while teaching in one of the campuses of the Dunamis School of...
Read more
Features